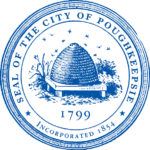 The City of Poughkeepsie Common Council Monday unanimously approved a resolution to have Dutchess County take ownership of the former YMCA property in the city and invest $25 million to build a new, state-of-the-art Youth Opportunity Center at the site. Continue Reading... (PDF)

Dutchess County Executive Marc Molinaro and City of Poughkeepsie Mayor Rob Rolison announced today an agreement in principle between the County and City to have the County take ownership of the former YMCA site at 35 Montgomery Street in Poughkeepsie and invest $25 million to build a new, state-of-the-art Youth Opportunity Center at the site. Continue reading...

Dutchess County Executive Marc Molinaro and City of Poughkeepsie Mayor Rob Rolison are moving forward on the development of a Youth Opportunity Center at the site of the former YMCA on Montgomery Street in Poughkeepsie. The two leaders have signed a Memorandum of Understanding (MOU) establishing a formal partnership to redevelop the property, with Dutchess County pledging commitment for up to $25 million for the design and construction of a new Youth Opportunity Center at the site. Continue reading at the Dutchess County website.

On October 23, the City of Poughkeepsie held its third public forum regarding possible future uses for the former YMCA site on Montgomery Street. The meeting was held at Changepoint Church. Here is a full video of the meeting, which was attended by approximately 80 people and focused on a presentation by The 35 Montgomery Community Coalition.

The City of Poughkeepsie is seeking development proposals for the city-owned property located at 35 Montgomery Street (Parcel Number 6061-28-946914), which houses the former Dutchess YMCA building. This is a high-profile location, situated just south of Downtown Poughkeepsie, easily accessed from Routes 44/55 and 9. The site is adjacent to well used Eastman and Lincoln Parks, Garfield Place Historic District, and is across the street from Soldier's Fountain, a National Historic Landmark. The site is less than 600 feet from the Adriance Memorial Library on Market Street and is 0.6 miles from Vassar Brothers Medical Center.

The city's development goals for the site include:

Proposals are due in to the City of Poughkeepsie Planning and Development Department in the format described below no later than 3 pm on Thursday, September 5, 2019. 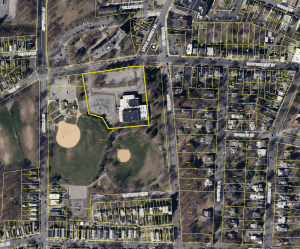 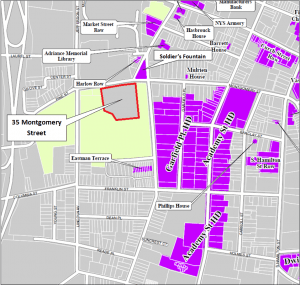 While neither the building at 35 Montgomery Street nor the parcel has historic designation, the site is located in close proximity to a number of National Historic sites, including the buildings at Harlow Row and Eastman Terrace, Adriance Memorial Library, Soldier's Fountain, and the Garfield Place and Academy Street Historic Districts.

Harvey G. Eastman, educator, former mayor and prominent citizen of Poughkeepsie, purchased 27 acres south of his mansion on Montgomery Street and created Eastman Park in 1865. The park was intended to be Poughkeepsie's "Central Park," with fountains, a pond, a skating park, a small zoo and flower garden, lined with marble walls and bluestone paths. While privately owned by Eastman, the park was open to the public and enjoyed for decades. In the early 20th century, the city acquired Eastman Park, including Eastman's mansion. The Department of Public Works occupied and operated out of the mansion until the 1960s. In 1966, the parcel known as 35 Montgomery Street was alienated by act of state legislature and sold to the Dutchess YMCA. The mansion was demolished, and the current building on site was constructed in 1968 to house the new YMCA facility. 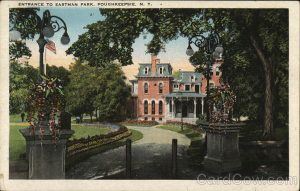 With community rooms, a fitness center, gymnasium, indoor track, and a large 25 yard swimming pool among other amenities, the Dutchess YMCA was enjoyed by city and county residents for decades. The site was known as a true hub of community activity, well-used by children and adults alike. Afterschool programs offering academic assistance and physical fitness supported generations of Poughkeepsie youth. Unfortunately, in 2009 the YMCA shut its doors for good, and the building has been vacant ever since. The city took possession of the property in early 2019.

The zoning for the site is the R-3 Medium-Density Residence District. The full set of regulations, including permitted and specially permitted land uses, lot and bulk requirements, parking and landscape requirements can be found in Appendix A. If a respondent is proposing a use that requires a zoning change, the respondent should clearly describe alternative zoning that would permit such a use. All proposals will be subject to site plan review.

The City of Poughkeepsie is currently in the process of updating its Local Waterfront Revitalization Program (LWRP). The LWRP is a locally prepared land and water use plan that addresses opportunities to improve natural, public, commercial or developed waterfront areas. The LWRP contains state and locally specific policies that the Waterfront Advisory Committee (WAC) uses to evaluate consistency of development projects within the city's defined LWRP boundary. The city is proposing to expand its current LWRP boundary, which would include the site at 35 Montgomery Street, thus potentially making any proposal subject to consistency review by the WAC. Inclusion within the LWRP boundary would also make projects potentially eligible for state grant funding.

Respondents are encouraged to familiarize themselves with the current LWRP policies to get a sense for possible consistency requirements, while being mindful that the policies are highly probable to change as the city completes its update to the document. View the current LWRP (PDF).

Look at more information about the LWRP update project. 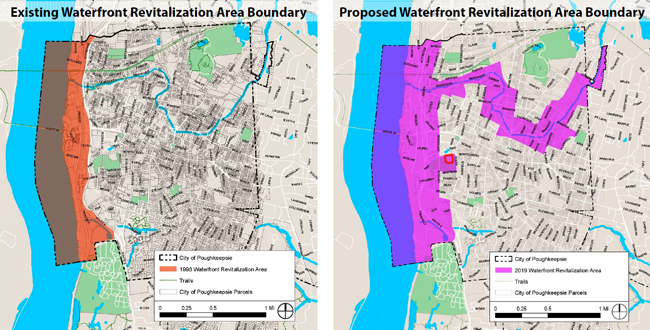 The city wishes to activate this long-vacant site. Respondents submitting proposals should propose uses for the site that are in the community's interest, supporting economic development and providing uses that are currently lacking and in demand. Proposals should take advantage of the site's prominent location and ease of access. Proposals should take into consideration the existing neighborhood character and contribute to physical and social connectivity.

The city is looking for economically viable, financially feasible and operationally sustainable project ideas. Public-private partnerships, including with the City of Poughkeepsie, are possible. Respondents should describe how they expect to achieve their vision, including any partnerships necessary to make that vision a reality.

Should the building be demolished, architectural design and building scales should be harmonious with characteristics of the area. Parking accommodations should not dominate the streetscape and should not interfere with pedestrian movement in and out of the location. Hours of operation, lighting and signage, and impact on area traffic should not detract from the residential character of nearby residential areas.

The goal of the RFEI is to identify qualified developers/organizations that have both the experience and financial and design/construction capabilities to be able to successfully complete redevelopment of the site. The RFEI may lead to a Request for Proposals (RFP) process that may result in an award of a preferred developer to negotiate a Joint Development Agreement that will memorialize the terms and conditions for a development.

The RFEI submission and subsequent discussions with respondents are intended to provide input that will help clarify the development potential and community benefits of the site and determine effective parameters for the issuance of a competitive RFP. Additional community engagement, concurrent with this RFEI, will include at least two public outreach meetings in order to gather ideas about the property. A public comment period for 60 days, also concurrent with the RFEI process, will allow members of the public to submit their comments in writing via this Google Form.

Any oral responses to any questions shall be unofficial and not binding on the City of Poughkeepsie. City staff will make such interpretation or correction, as well as any additional RFEI provisions that the city may decide to include, only as an RFEI addendum. Staff will deliver addendums to each prospective submitter recorded as having received a copy of the RFEI. Any addendum issued by the city shall become a part of the RFEI. Submitters should consider issued addendums in preparing their proposals.

By submission of a proposal, the submitter certifies in connection with this proposal:

Information Required from All Proposal Submitters

Proposals should be submitted using the following format. Clearly indicate whether portions of the proposal are proprietary and should be made confidential.

All responses will be reviewed and evaluated by the City of Poughkeepsie economic development staff, the Property Acquisition and Disposition team, and representatives from the Common Council. Based on responses to key submission criteria, the city will hold further direct discussions with select developers/organizations to assist the city in developing a competitive RFP. Upon review of the RFEI submissions the city reserves the right to:

City of Poughkeepsie's Right to Modify or Terminate RFEI Process