Create an Account - Increase your productivity, customize your experience, and engage in information you care about.

On August 21st, 2020, staff from the City of Poughkeepsie, along with project partners Parks and Trails New York and Sam Schwartz Engineering, implemented a one-day bicycle lane demonstration project in downtown Poughkeepsie. 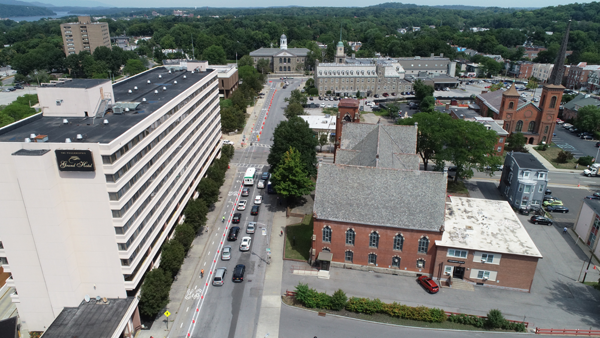 The project, located along the north-south Market Street/Civic Center Plaza corridor, was similar to the one-day demonstration that took place in October 2016, using temporary materials in a tactical urbanism approach in order to experiment with street design. The purpose of the project was to demonstrate how a separated bicycle facility could function along the corridor, and to provide city staff the opportunity to observe behaviors and 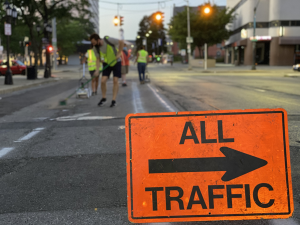 traffic patterns during the event.

The demonstration also allowed city staff to engage with the public about the concept. All temporary materials were removed at the end of the day, allowing normal traffic patterns resume. Staff received positive feedback from those with whom they engaged during the project, and the city is actively considering how to make the bike lane a permanent feature along corridor. Read a summary of the event here: Market Street Connect II - Bicycle Lane Demonstration Summary Report (PDF). 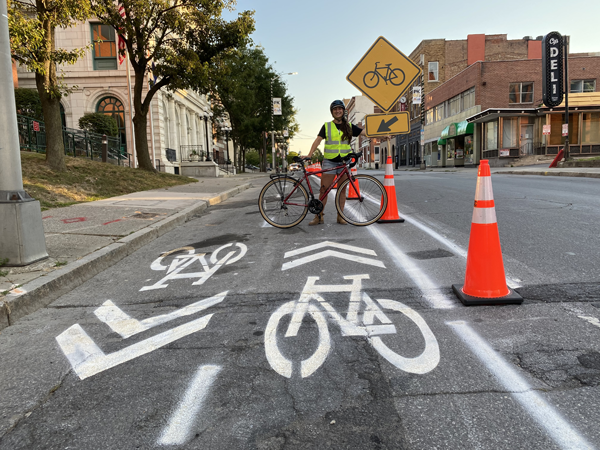 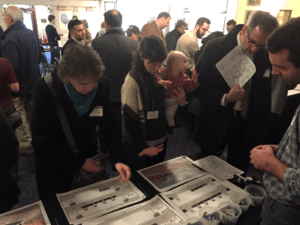 On Tuesday, February 2, 2017, consultants Sam Schwartz and Street Plans held a public open house with the City of Poughkeepsie. The meeting was held at the Bardavon Theatre and was part of the ongoing City Center Connectivity Project, which aims to make city center streets safer and more accessible. Over 55 people were in attendance and had a number of opportunities to share their feedback on a several draft project concepts currently under consideration. These include creating new streets connections to enhance circulation, considering the conversion of one-way streets to two-way travel, added pedestrian and bicycle amenities, and general aesthetic improvements.

In order to make the open house fun and engaging, the planning team set up a series of interactive "stations" where attendees could digest the draft concepts at their own pace and share comments. Participatory exercises included watching a project update slideshow, ranking priority design objectives, developing draft street designs for real city center streets, and allocating a limited number of coins to favored project proposal "banks." This last exercise helped identify the projects people in attendance are most likely to support.

The range of activities was not only engaging for participants but also allowed the planning team to better understand what streetscape enhancements people care about most. Sam Schwartz, Street Plans, and the City of Poughkeepsie are now using the results to inform final project recommendations, which will be reviewed this spring before going to Common Council for endorsement. 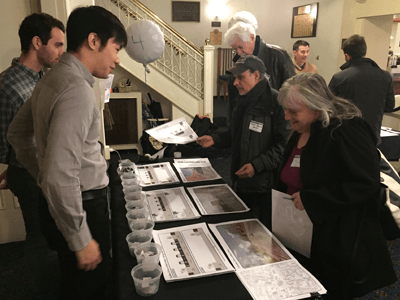 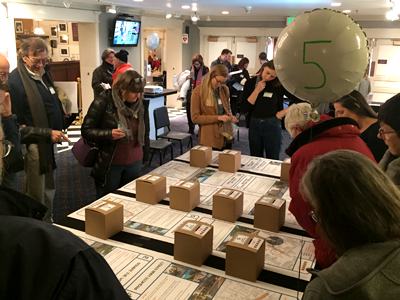 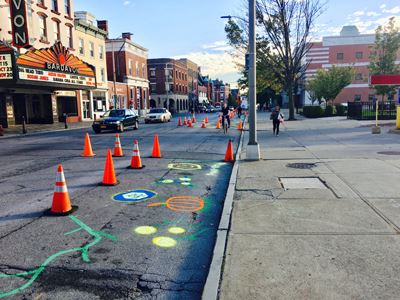 On Friday, October 7, 2016, the City of Poughkeepsie worked with residents, businesses, and partner agencies to create a demonstration project that temporarily transformed Market Street into a better place to walk and bike.

During the demonstration, the City collected feedback from residents at three different locations along Market Street. Attendees had the chance to view draft plans for long-term changes to the street and provide their input through conversations and comment cards. We received a lot of positive input regarding the demonstration project - over 120 responses were received from conversations with residents, an online survey, and the written responses on the feedback cards. Thanks to everyone who came out to check out the demonstration and share ideas! 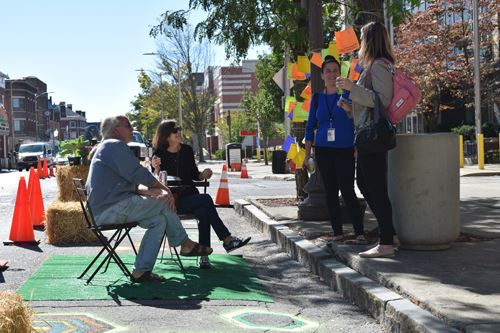 Demonstration and pilot projects allow for a "test before you invest" approach. This means that rather than only drawing design concepts on paper, the City can test out ideas for Complete Streets treatments, such pedestrian enhancements and intersection markings, amongst others. This approach provides Poughkeepsie's residents and businesses with the opportunity to experience a "rendering in real time" that allows us to test out and evaluate new street design treatments before making substantial financial and political commitments to more permanent infrastructure investments.

This Approach Is All About Action 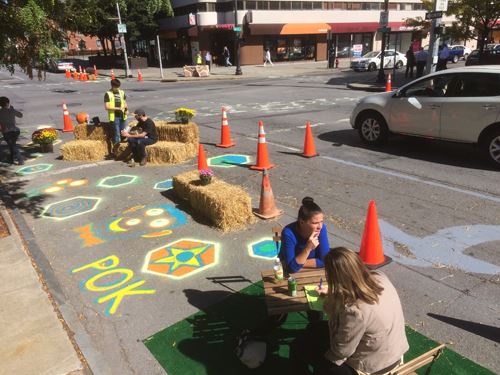